Peter was raised Catholic and attended Catholic Schools in South Africa.  He also became a member of a Catholic Teaching Order of Brothers (Marist Brothers).  But all that time he did not have a personal relationship with Jesus or value the Word of God as something living and full of answers for life.  He did not know about the gift of salvation but thought that being Catholic was enough to get to heaven.

During all that time and for many years after leaving the Brothers, he continued Catholic Church attendance and involvement but also got to a point where he drifted away from it all as it did not have enough meaning for him.  He did not know, then, what was missing.

In latter years he developed a habit and desire for daily personal prayer time and try to devote to quiet time to pray, spend with the Word of God. 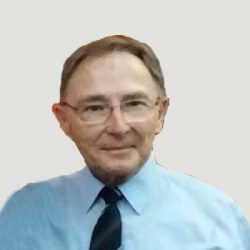 Experience something completely different with our N2N Destiny Base! Join today